In this focus, Andrew Northrop introduces the films in the festival shot on celluloid – fresh utilisations of analogue film as well as archival work where the film format proves resonant.

The securities afforded by digital filmmaking ensured an easier and more reliable workflow for directors looking to capture fleeting moments, leading to a hegemony of digitally-shot documentary projects in recent decades. but there’s also emerging examples of non-fiction filmmakers returning to the workflow of analogue film, instigated by both a resurgence in the formats and a focus on embracing their limitations in a creative capacity. Below are several examples from this year’s Open City Documentary Festival that present fresh utilisations of analogue film. 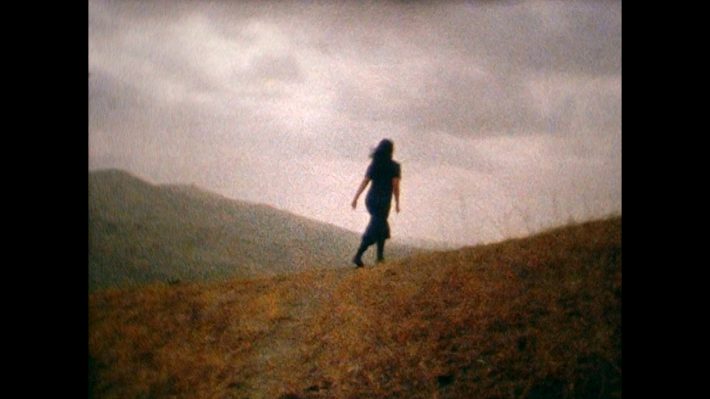 In Jamilia, Aminatou Echard utilises the soundless format of Super 8, alongside audio primarily of interviews conducted with women from Kyrgyzstan. Echard explores the figure of Jamilia from Chingiz Aitmatov’s classic 1958 model, and how it might relate to the experiences of women living in the region. With Super 8’s grain laying thickly across the image, Jamilia is imbued with a unique density and a feeling of impeded visuality – something which spiritually compliments its folk memory approach to highlighting voices that might otherwise be hidden from us.

Penny Lane also draws upon Super 8 footage in Our Nixon, utilising films recorded by President Nixon’s aides during the lead up to the Watergate scandal. These are films which were subsequently seized during the FBI’s investigation, and later filed away at the National Archive. Though many have taken on Nixon’s story in fiction and non-fiction film alike, Lane’s offering gains a proximity that significantly differs from the distant and forced televisual images that the USA consumed of Nixon at the time. It is also a reminder that filmmakers have to power to invest us in archives that might otherwise have been neglected. 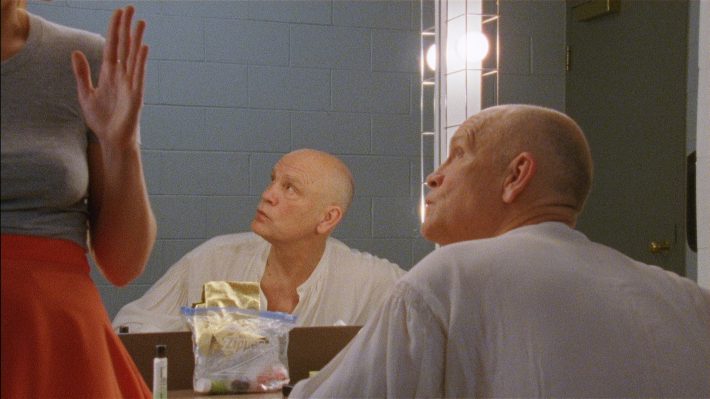 16mm is the format of choice for Luise Donschen’s Casanova Gene, a free-form essay on the rules of attraction. Whether placing us in the soft glow of the mirror lights in John Malkovich’s dressing room, the presence of a Venetian-costumed performer, a dimly-lit bar softly grazed by the refractions of a disco ball, or the voyeuristic corners of a room where a dominatrix entertains a client, there’s an active and lived-in nature to Helena Wittmann’s cinematography, which feels spiritually complementary to Donschen’s various stagings. Casanova Gene also screens with Wittmann’s 21,3˚c, a short film exploring the aura of an apartment room, also shot on 16mm.

Part of the ‘The Ethno-Fictions of Laura Huertas Millán’ programme – the short film jeny303 begins and stems from a formal accident with 16mm film; a double exposure that resulted in Jeny, the titular trans subject, being superimposed over footage of South America’s 303 building, which Millán was filming for her father. 303 is already a historically political site – having been a hotbed for student activism in the past – but Millán uses the camera mistake’s composition as an avenue to map Jeny’s experiences onto that space also.

In the festival’s short programmes, there are a few more analogue film productions. As Margaux Guillemard’s 26 rue Saint-Fargeau ascends the floors of the titular building, portraits of each inhabitant are rendered on 16mm, making use of natural lighting, with fluorescent lights and light pouring in from silhouetted window frames. Similarly, the cottages of Nova Scotia are the subject of There Lived the Colliers, and though the houses share the same architectural style, the film demonstrates their individual identities; finding semi-detached examples with different paint jobs split between them, or ones detached in half entirely, seemingly trying to fit their appearances into a reel of film at one point; capturing them in quick succession.

Like jeny303, A God’s Shadow – screening with Angkar – also aptly utilises a 16mm camera issue; showing what appears to be a problem with the camera’s gate during one sequence. With the film listening to a story told by Chon, a member of the Native Mexican Wirrárika community, about his cousin Faustino – a story which involves Faustino proclaiming himself as a god and subsequently using that status to terrorise neighbouring villages – the use of the camera issue takes on a haunting, metaphysical quality; Chon’s testimony of a gun fight playing over the disformed apparition of a head stretched and flickering over the frame. 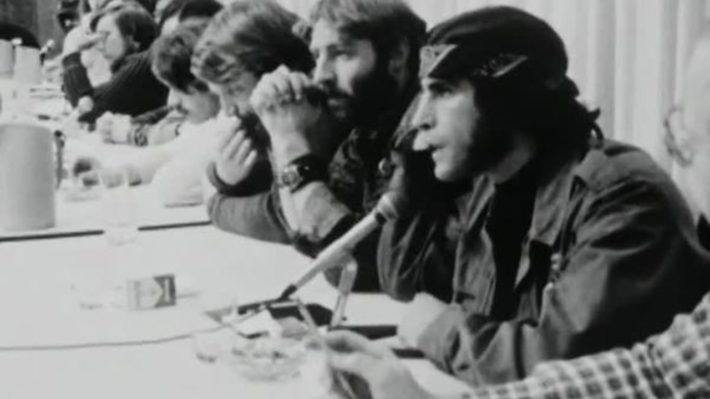 Also at the festival:

Older examples including the work of Bogdan Dziworski, Arthur MacCraig’s The Patriot Game, Winterfilm Collective’s Winter Soldier, all originally shot on 16mm, and Alnoor Dewshi’s Latifah and Himil’s Nomadic Uncle, which will be screening from a 16mm print at ‘Hyphen – An Evening with NANG‘.