Open City Documentary Festival is excited to announce the full programme for its twelfth edition, taking place from 7th to 13th September.

We will celebrate the art of non-fiction through 93 new and retrospective non-fiction films. The new film programme includes 5 World Premieres and 27 European Premieres, and films from 25 different countries. 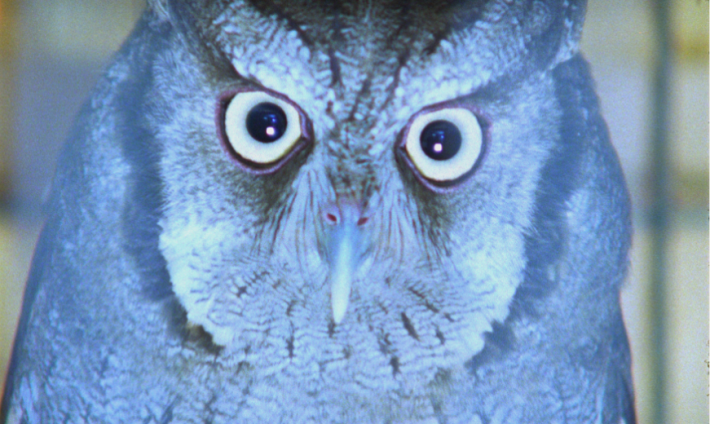 This year’s edition opens with É Noite na América (It Is Night In America, Ana Vaz, 2022), a reverse ethnography that foregrounds the non-human perspective of animals filmed in the zoo of Brasília. The animals are not only the subjects of our gaze; they are watching us in this film, in which blue is the dominant colour.

The festival will close with The Shiranui Sea (不知火海, Tsuchimoto Noriaki, 1975), Tsuchimoto’s masterpiece and the culmination of many years working with Minamata disease victims. The film established a comprehensive report about the Minamata situation throughout the years and is a lyrical tribute to the people’s resilience.

The wider film programme features documentary storytelling and artists’ moving image from around the world. Once more, the festival celebrates the work of women filmmakers with two “In Focus” programmes on Alexandra Cuesta and Betzy Bromberg, which constitute the first in-depth surveys of both artists’ work in the UK.

Tsuchimoto Noriaki (1928-2008) occupies a central place in the history of documentary filmmaking in postwar Japan. Mainly known for the series of films he made in the 1970s about the struggles over the Minamata mercury poisoning incident and his staunch support for the victims affected by it, Tsuchimoto’s is a vast and original body of work remarkable for its political commitment and ethical stand. The retrospective Tsuchimoto Noriaki: Film is a work of living beings will take place throughout September in various venues across London. 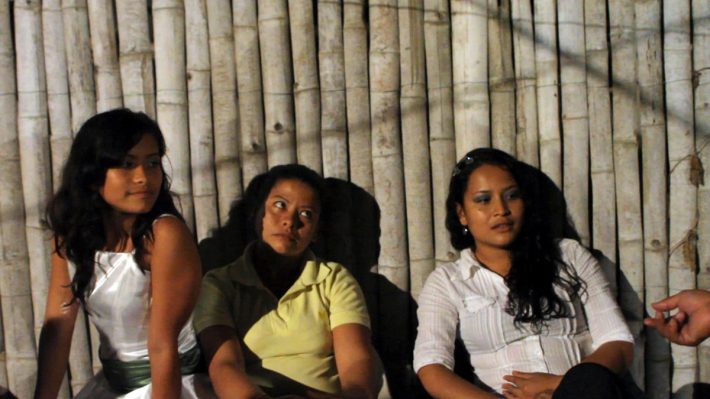 There are in-depth and extraordinary character studies like Raphaël Grisey & Bouba Touré’s Xaraasi Xanne (Crossing Voices, 2022) which focuses on the life of activist and photographer Bouba Touré. Elsewhere in the festival programme, archives are a recurrent motif. Léa Morin and Annabelle Aventurin from the Non-Aligned Archives have curated a screening of recent restorations of Ali au pays des merveilles (Ali in Wonderland, Djouhra Abouda and Alain Bonnamy, 1976) and Mes Voisins (My Neighbours, Med Hondo, 1971). Collaborations with Another Gaze and UnionDocs give light to the films of Helga Reidemeister, William Greaves and James N. Kienitz Wilkins.

Other films tie storytelling, people and place together. Jumana Manna’s Foragers (2022) focuses on the Palestinian resilience to Israeli legislation preventing the foraging of wild edible plants –akkoub and za’atar. Jessica Johnson and Ryan Ermacora’s Anyox (2022) is a portrait of the Canadian town of the same name; built to house a largely immigrant workforce from Eastern Europe, it now has just two sole remaining residents. Similarly, isolation is a familiar subject matter in Zheng Lu Xinyuan’s JETLAG (2022), an enigmatic essay film made in the context of the recent global pandemic which is also a personal story around family relationships and the filmmaker’s journey back to China. 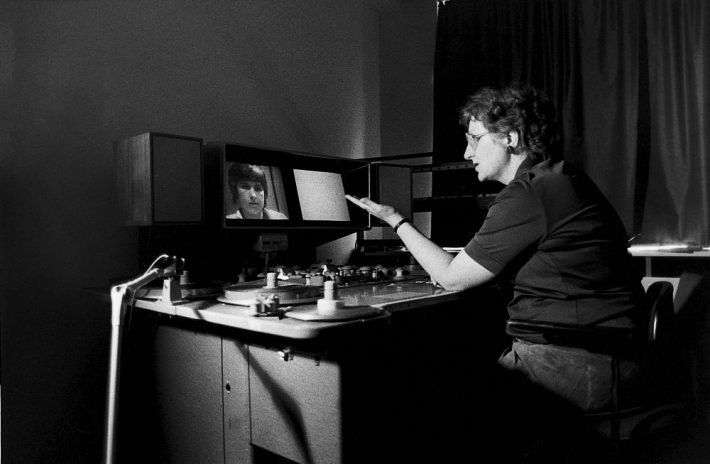 The influential avant-garde filmmaker Robert Beavers will present a screening of recent works including The Sparrow Dream (2022), which will premiere at Open City, and forms (with Pitcher of Colored Light, 2007 and Listening to the Space in my Room, 2013) a loose trilogy of studies of the filmmaker’s domestic spaces. Turner prize nominee Rosalind Nashashibi’s new feature Denim Sky (2022) is a dreamy exploration of alternative community structures, the non-nuclear family and non-linear time, shot over a period of four years in locations in Scotland, Lithuania and London.

The Talks and Workshops programme includes Counter-archives, a series of talks and workshops which propose expansive ways of thinking about the “archive”, considering not just the films themselves but also questions of labour, reparation and imagination. Key contributors will include Annabelle Aventurin & Léa Morin (Non-Aligned Archives), George Clark & An Viêt Foundation, the Cinenova Working Group, Onyeka Igwe, Pablo La Parra, the Sam the Wheels project, Tiffany Sia, the Temenos Archive and Bo Wang, amongst others.

Returning in 2022, the Critics Workshop is a six-day programme developed with the Another Gaze editorial team that will provide an introduction to the ethics and methodologies of a politically engaged film criticism for 10 selected participants. The Keynote talk From the ground up: a new infrastructure for the UK documentary film industry with Dr Steve Presence draws on the work that led to Keeping It Real (published in 2022), the largest survey ever conducted of UK feature-doc producers and directors.

We are also pleased to co-present with LUX, the third annual Ian White Lecture, given by Canadian artist, photographer and writer Moyra Davey, and to host the launch of the new anthology Strangers Within (eds. Therese Henningsen and Juliette Joffe).

Other workshops include the Documentary Support Group – Facilitator Training supported by Film + TV Charity, The Lifecycle of a Subtitle workshop with Matchbox Cineclub and more. 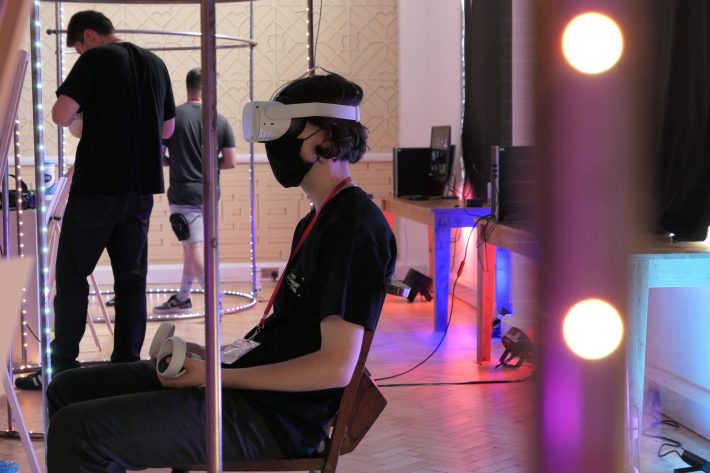 Expanded Realities, the festival’s cross media (AR/VR/XR+) exhibition showcases storytelling at the intersection of art and technology. Interactive projects Gondwana, The Subterranean Imprint Archive and Infomorph immerse participants in virtual ecosystems, trace the legacy of technopolitics in Central and Southern Africa and explore the relationship between human, machines and nature in a post-human future.

The 360 cinema project Handwritten uses artificially generated images to create a synaesthetic essay film about loneliness, insecurity and the increasing shift of our everyday life into the digital realm. Surfacing (AFFIORARE) is an immersive fairy tale set amongst mother and children whilst Tearless moves through the haunting spaces of Monkey House, a deadly medical prison established in South Korea in the 1970s to isolate comfort women with STDs. Our interactive documentary piece, A Colônia Luxemburguesa tells a screen-based story in a non-traditional format traveling across time, place and memory. Returning is the UCL Showcase from students, staff and alumni implementing XR in fields including computer science, arts, and medicine.

If you are a member of the press with a particular interest in any of the screenings, please contact marketing@opencitylondon.com for press information, images and interviews.

We’re looking for volunteers to help us deliver the festival. Learn more here.

Open City Documentary Festival creates an open space in London to nurture and champion the art of non-fiction cinema. Based at the UCL Anthropology’s Section for Public Anthropology, we deliver training programmes, an annual documentary festival, the bi-annual Non-Fiction journal, and events throughout the year.

Celebrating the art of non-fiction, Open City Documentary Festival aims to challenge and expand the idea of documentary in all its forms. Alongside our screening programme, we bring together filmmakers and other practitioners to explore and debate the current landscape of documentary. The festival takes place in person between 7th – 13th September 2022, and consists of international contemporary and retrospective non-fiction film, audio and cross media, as well as filmmaker Q&As, exhibitions, panels and workshops.