Notes on making A Night of Knowing Nothing
Payal Kapadia

Mukul came over to have tea. He told me that these days he has been having strange, recurring dreams.

“It was a moonlit night. I had gone to meet a girl… I was in love. I was hiding in the field behind her father’s house. I was waiting for my beloved… to touch her lips, and kiss her. That is when I saw a figure coming towards me. I got up to look. It was not her, but it was her father! I began to run as fast as I could. I could hear her father and his men running after me. When I turned to look, they were all dressed as the army. Suddenly I was an ULFA guerrilla and I was running for my life. I reached a river. I knew it…I recognized it. If I jumped into it, I would lose all my memories. I would forget my past. But if they would catch me…they would kill me for sure… I have this dream more often these days.”

Mukul is my classmate at film school. Before I met him, I didn’t have any friends from the North Eastern state of Assam. I had heard about the guerrilla fighters called ULFA. But these were names of unknown people and places far away I had never been able to imagine.

Mukul tells me his dream. He grew up in Nalbari, Assam in turbulent times.

Now, living far away in Pune, on our campus in film school, we talk over tea he has brought from his hometown. The light fades in the window. We don’t put on the light inside, afraid that we might scare away the hint of twilight that still remains. 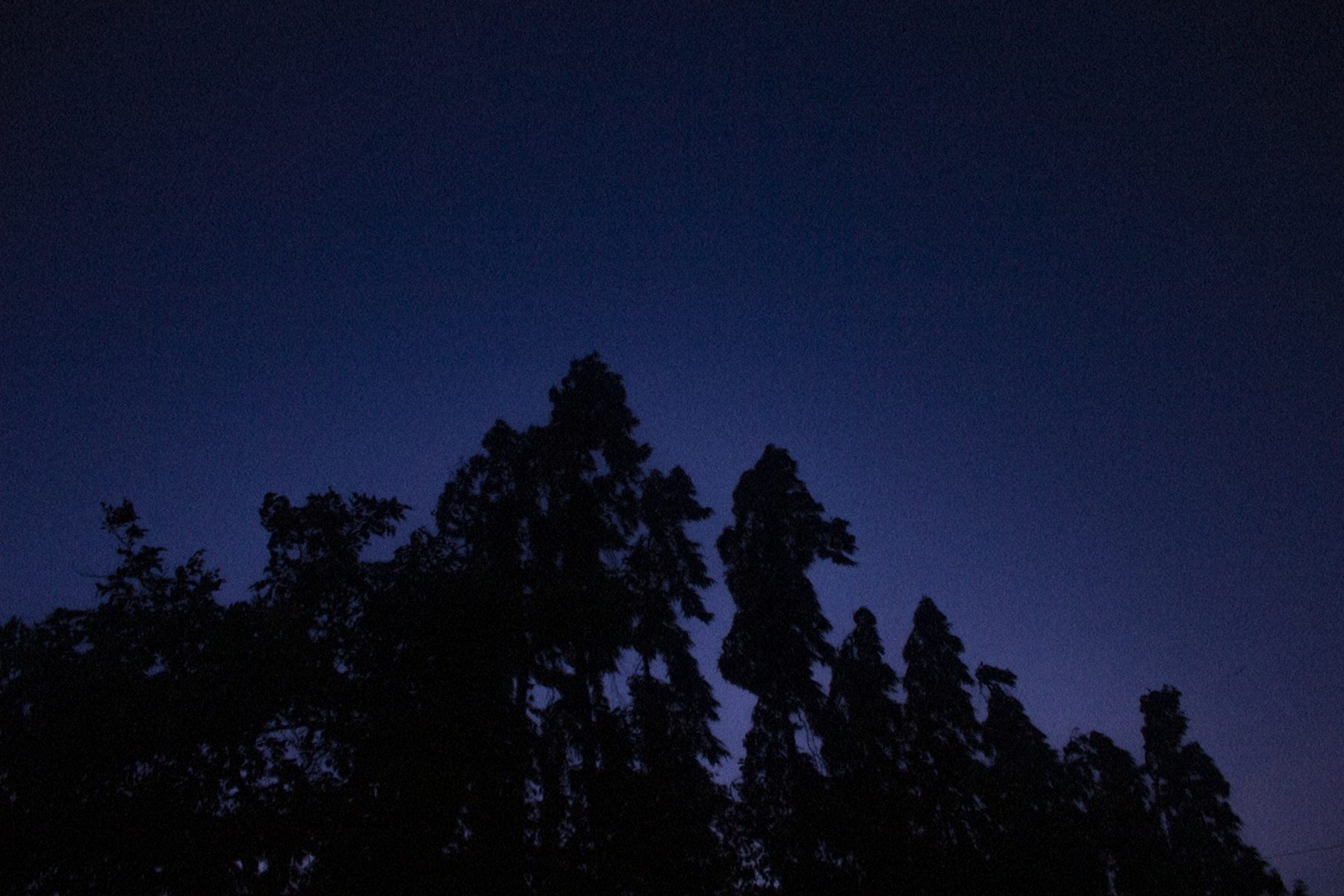 Here, at night, you can hear every whisper.

The old hostel building is silent. Sitting in the corridor, the only company I have is Mamuze, the campus dog, who can sense people’s sadness. Hari’s door is open and I can hear an old song playing from his computer.

Did I tell you, he broke up with his lover in Delhi? She was a microbiologist who was a member of the Communist party. They would send each other poems over Whatsapp. They had met at a protest several months ago.

Perhaps WhatsApp, as a format, is not suited to send revolutionary poetry.

The last present he sent her was a pen with green ink. She said Lorca only wrote in green.

Lorca wrote openly against the fascist regime and his assassination was mysterious. Many have tried to find his remains, but they were never found. In spite of his fame, no one could save him.

I wonder what flowers grow on the grave of this great poet?

On nights like these, I think more of death. 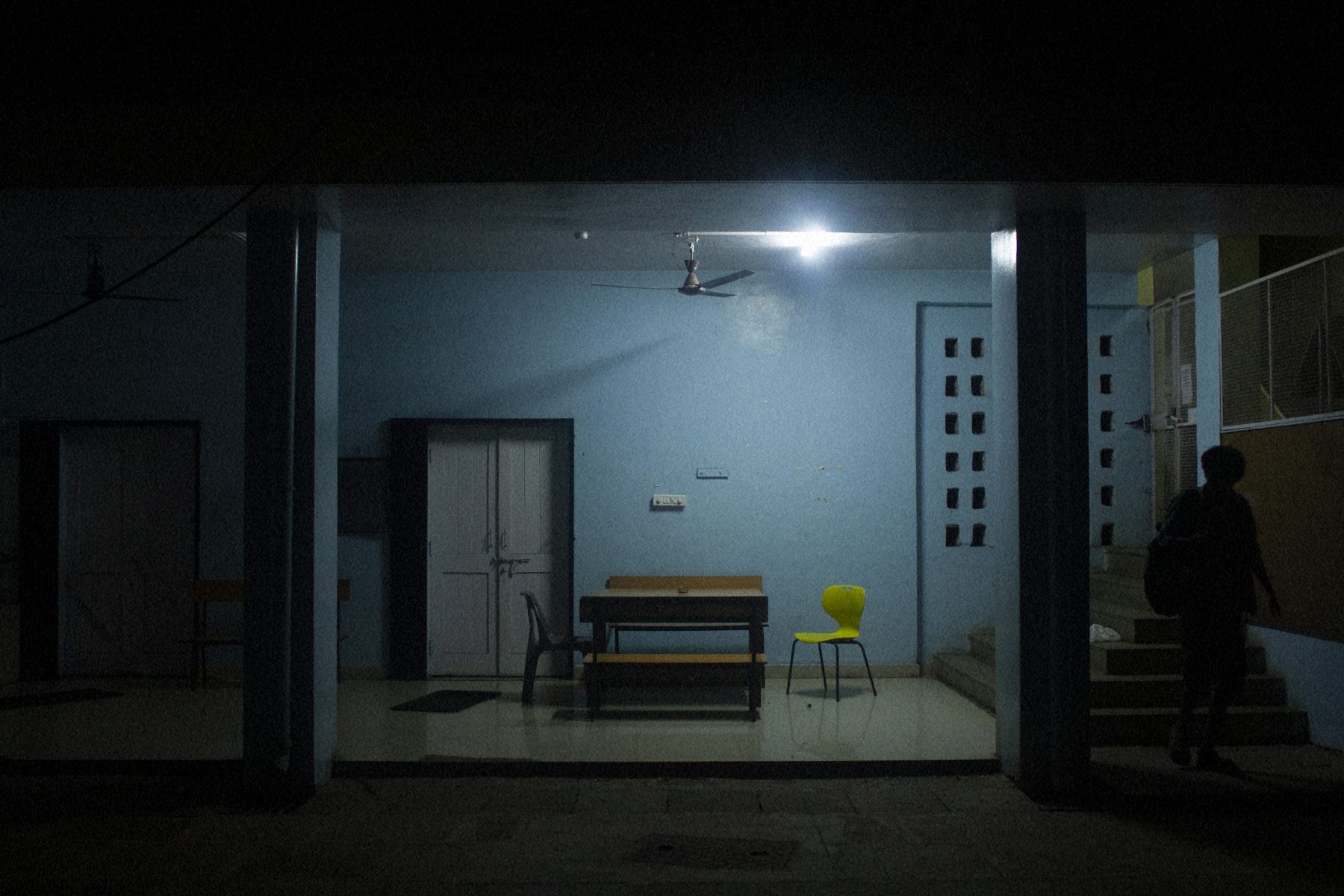 As we walked down the main street inside the campus at 1 am, the trees were illuminated by the glow of the pale tube lights. We were recording the sounds of the night and taking pictures of the old buildings that were covered with graffiti. 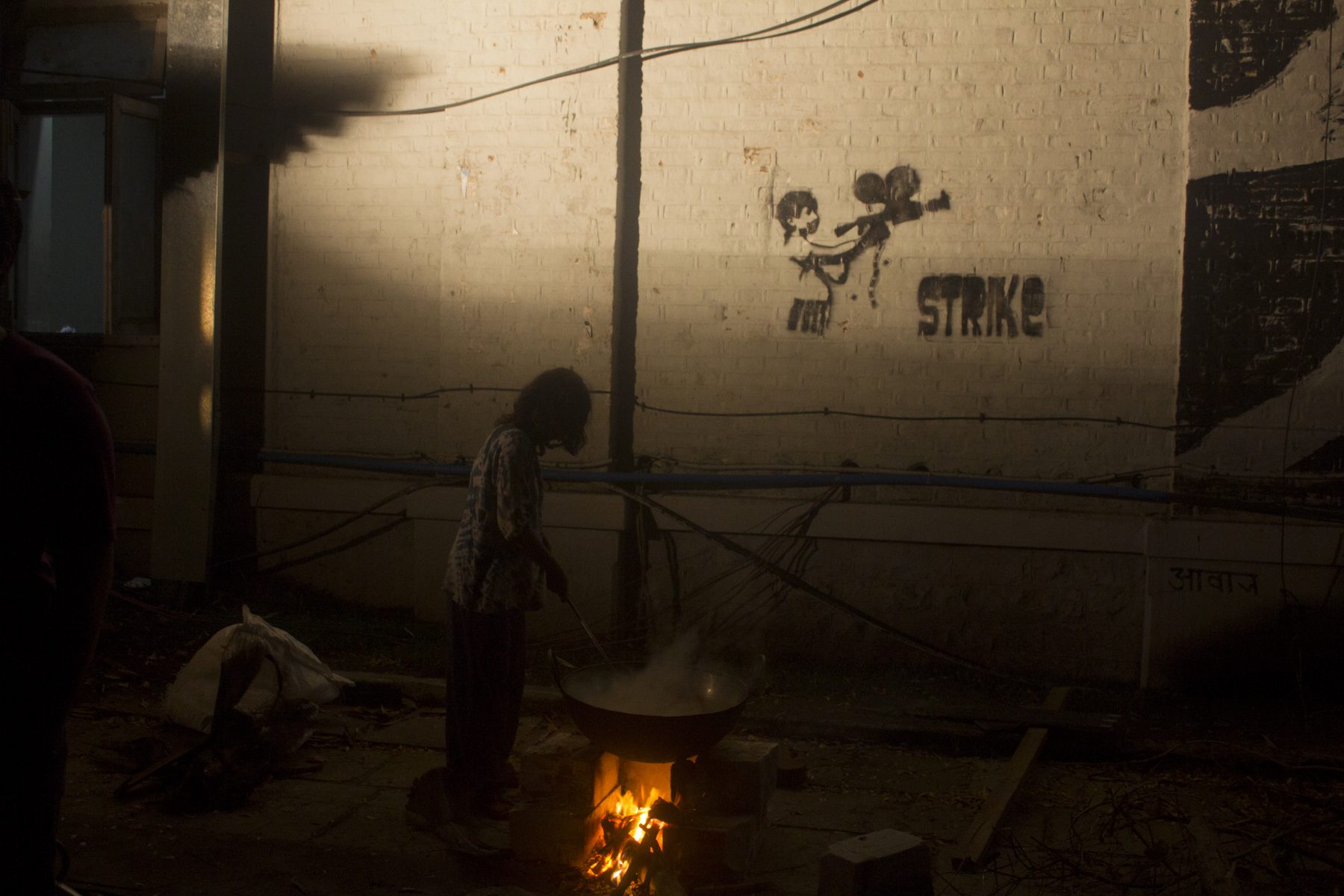 We stopped to have tea at Dilip Bhau’s tea stall where he prepared Maggie noodles for midnight wanderers like ourselves. Suddenly Riku turned and saw something and called out to me to look. The flickering tube light shone on a few words scratched on a black board. On a normal day the board would announce the names of films that were going to be playing that day in the Main theatre. Perhaps it could have been a film by István Szabó or a film from the Czech New Wave if it were the beginning of spring. Or perhaps Ozu or Ritwik Ghatak or even Eisenstein if a new batch of students had just arrived.

But there was no screening that day. We had been on strike for three months already. The board outside had a poem written by an unnamed poet. 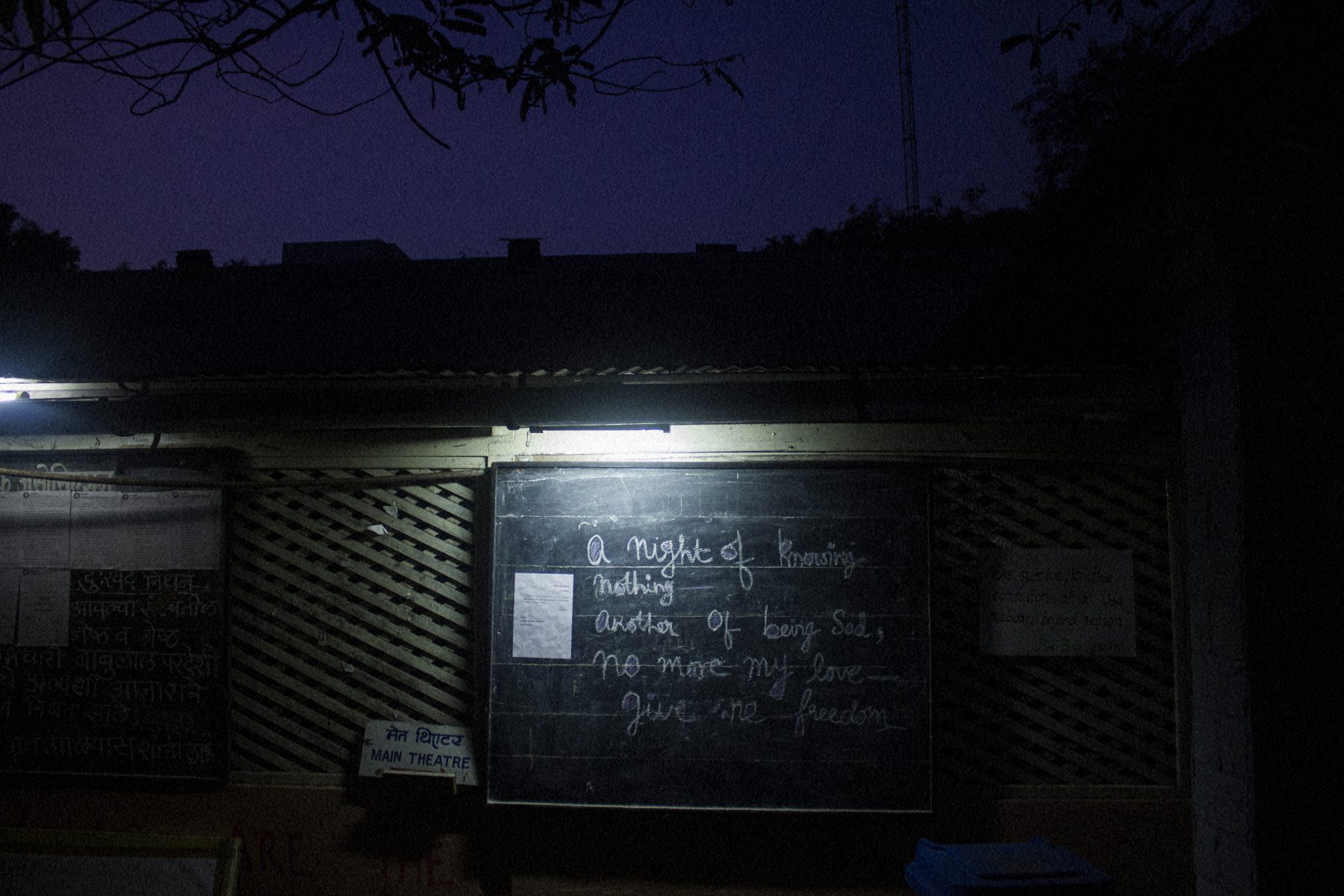 “A night of knowing nothing,
Another one of being sad
No more my love
Give me freedom’ 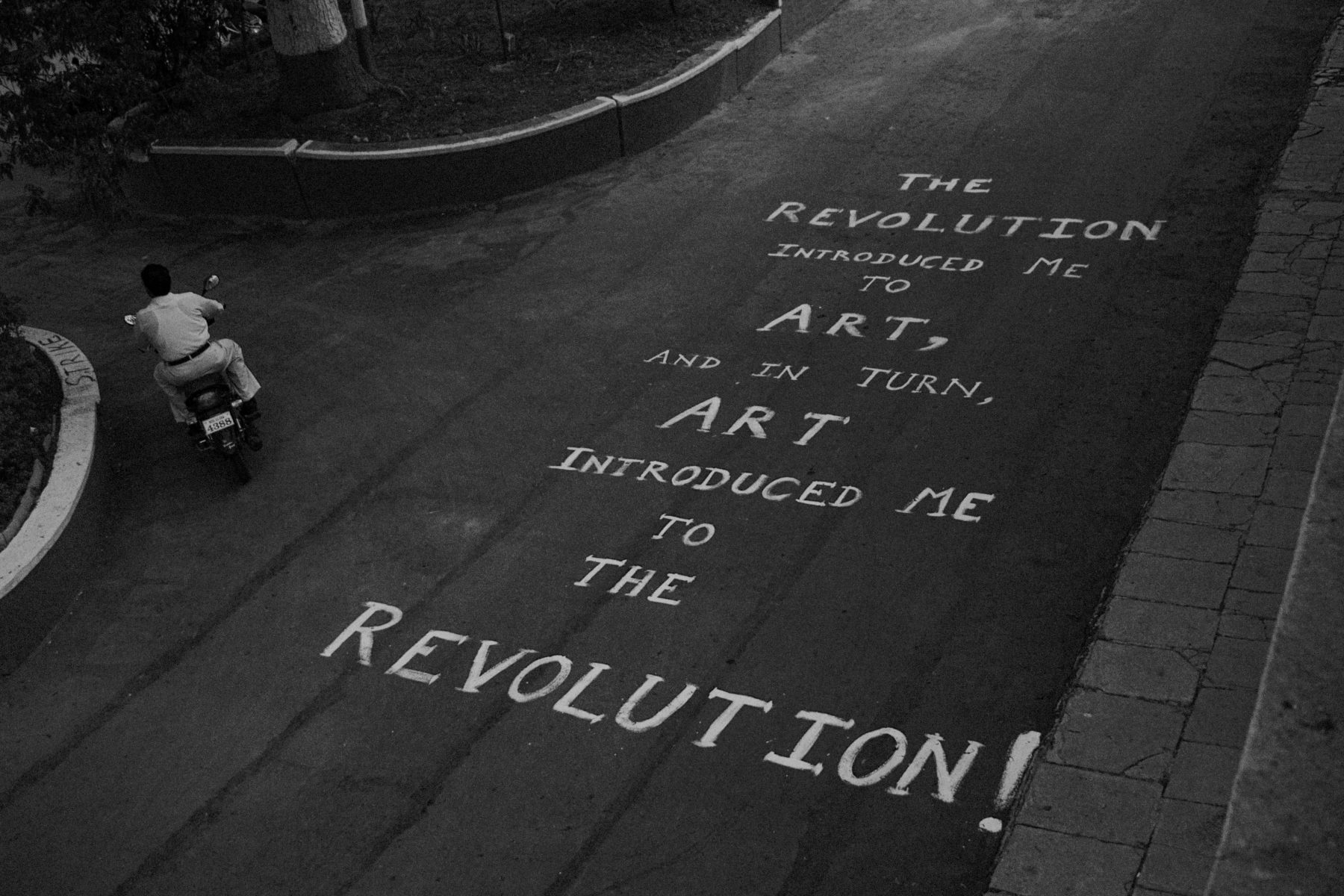 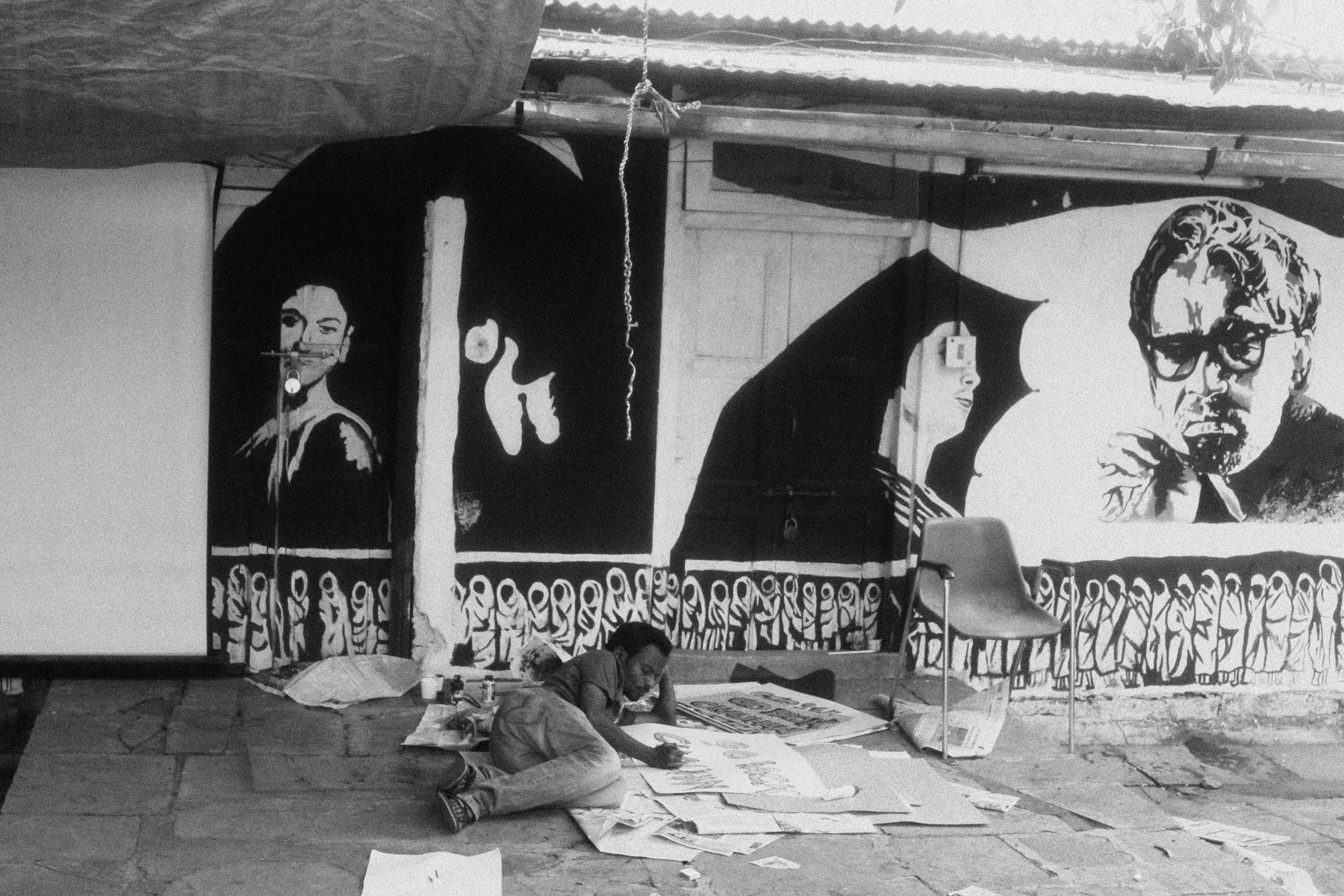 Material collected over some years began to make sense only as a large archive of memories. Events, anxieties, dreams, and fantasies, nightmares, and love stories, violence and police brutality, all these began to merge with each other indiscriminately.

The strike ended six months ago. I was shooting my short film Afternoon Clouds. That day, the new chairman of the film school (who the strike had primarily been against) was visiting the campus for the first time. The students had decided to protest his arrival. It was also the last day of my shoot. So I made the practical decision to stay away from the protest.

Every once in a while, a friend who had been helping me on set, went outside the studio and disappeared. When I went to investigate, I saw that they were sitting inside a large police van! When I tried to reason with the lady cops to set them free, two of them grabbed me and started to lead me to the same van! I began to shout in protest that my film would remain incomplete if they detained me. Hearing my voice, the head of campus security told the cops to escort me back to the studio, making sure I didn’t come out till I had finished my shoot.

In the studio I had created a set of an old-fashioned apartment. A famous actress from Marathi films of the yesteryears was acting in the film. We had plastered a green screen outside the windows and later were going to replace those with shots of the ocean. As the shoot came to an end, and the sounds outside had vanished too, I looked up and saw two curious cops standing outside the window. They peered at the actress and took selfies on the set. They smiled at me with childish curiosity. Separating us were just their uniforms, for they too, like the whole country, had a deep love for cinema. 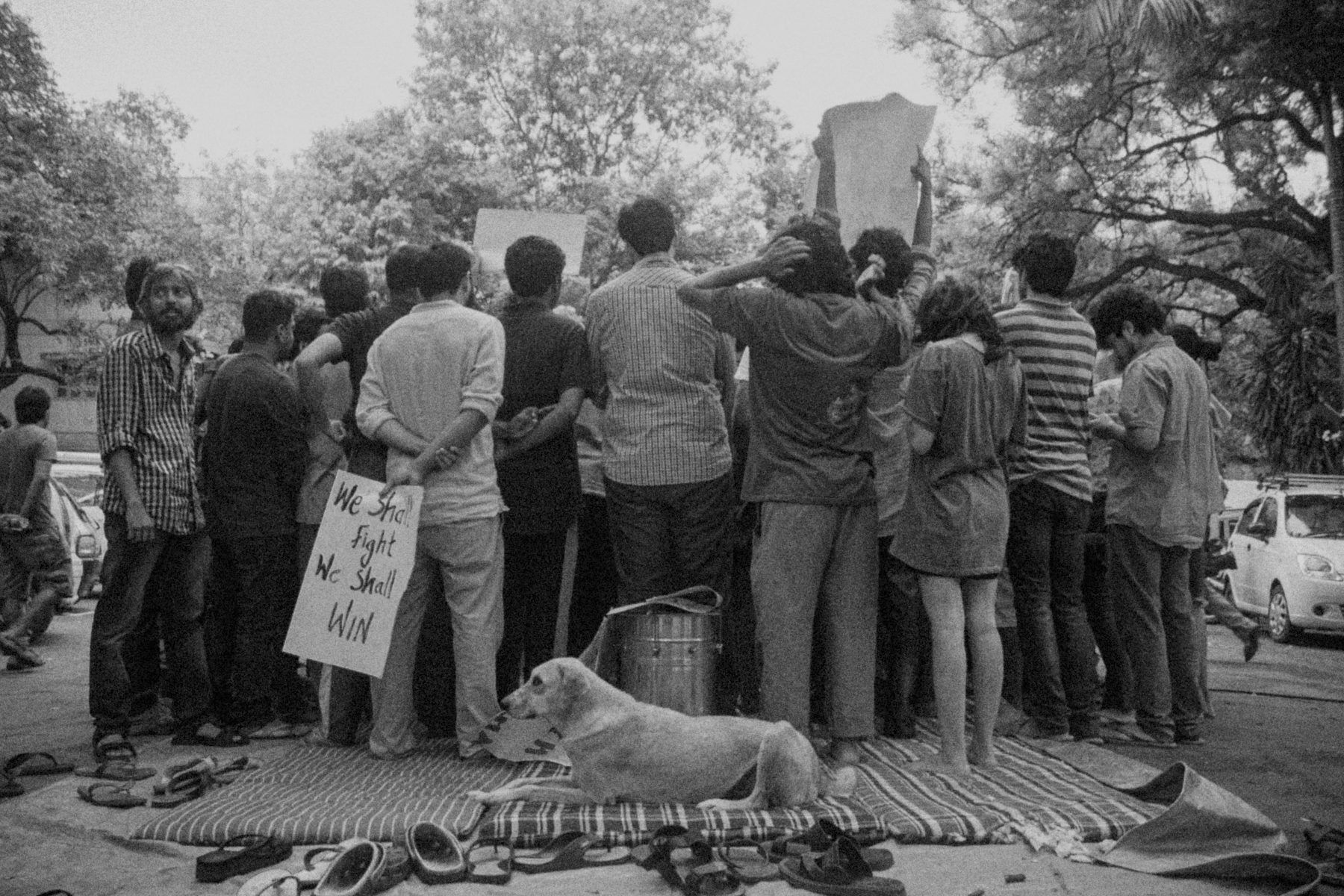