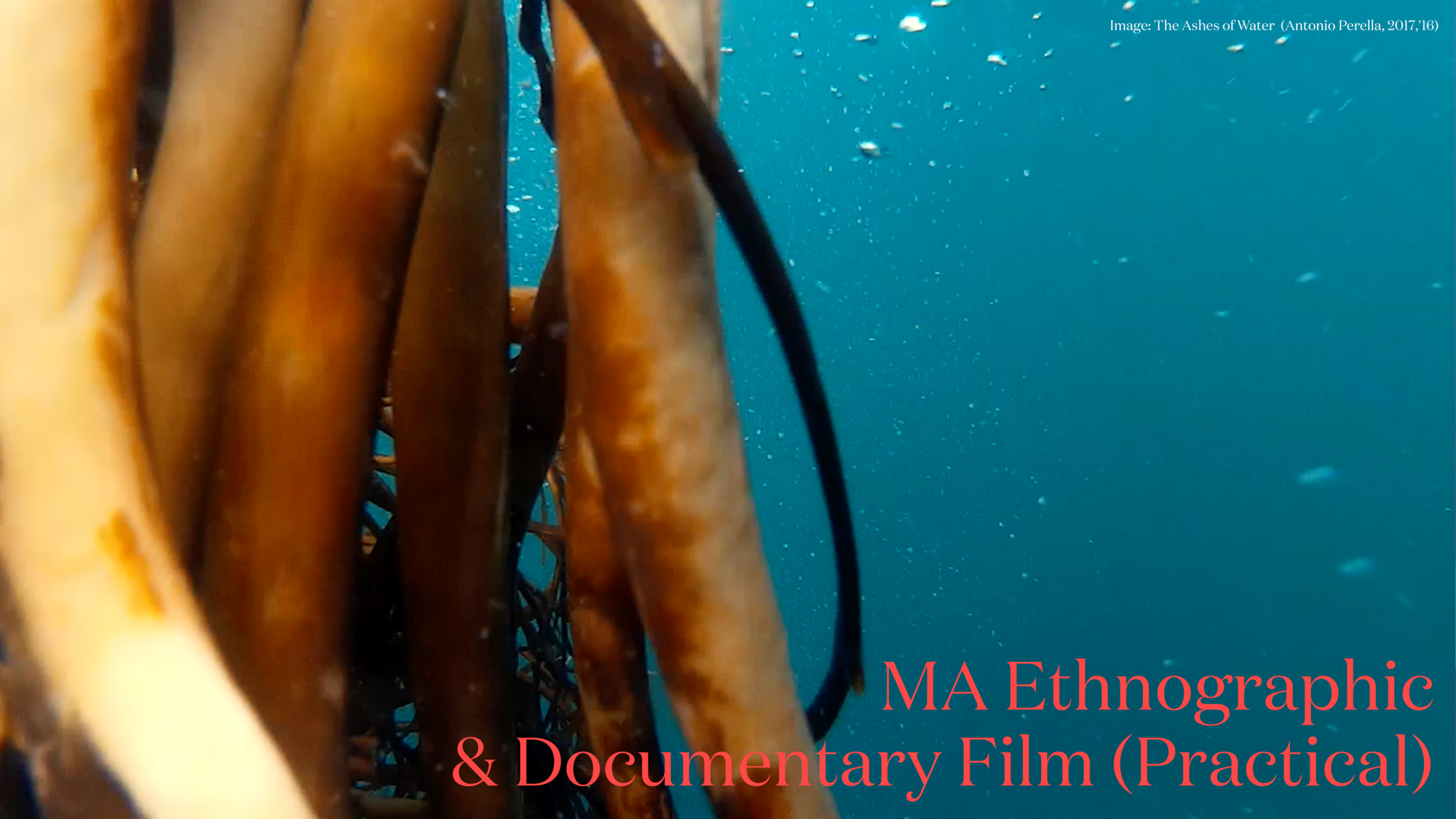 This unique MA programme is based out of UCL Anthropology but run by leading film practitioners, ensuring that students not only receive the highest-quality, practice-based learning, but do so in a top-level university research environment. The core of the programme is focused on on the practical production of non-fiction film, alongside the provision of a firm understanding of theory and film history.

Students will produce three documentary films in various modes to build a diverse portfolio of work before producing a graduation film of 15-30 minutes in length.

There are a choice of four studios offered by the MA in Ethnographic and Documentary Film Practice: ‘Experimental & Cinematic Non-Fiction’, ‘Documentary for Broadcast & Beyond’, ‘Cinematic Documentary Storytelling’, and ‘UCL 360: Immersive Factual Storytelling (VR/AR)’

Every student is assigned a personal mentor to guide them through the conception, production and completion of their final graduation film. Recent mentors include Kim Longinotto, Richard Alwyn, Sophie Fiennes, Riete Oord, Xiaolu Guo and Grant Gee.

Students will have their own camera equipment provided throughout, as well as access to dedicated editing suites.

Students on the programme have won the One World Media Student Award for four consecutive years, and received nominations for International Emmys, and the Grierson Awards; whilst others have had films screened at Sundance Film Festival, Sheffield Doc/Fest, Aesthetica Short Film Festival, Tate Exchange and elsewhere, and gone on to work at companies including: Channel 4, BBC, Al Jazeera, Minnow Films and ConfigReality.

A digital version of the most recent catalogue of student films is available here. Please get in touch to request a print copy. The 2017 catalogue is here.

For further information on the course, scholarships and tutors, including how to apply, visit the UCL website or contact a.o’regan@ucl.ac.uk or please call 020 3108 6697.